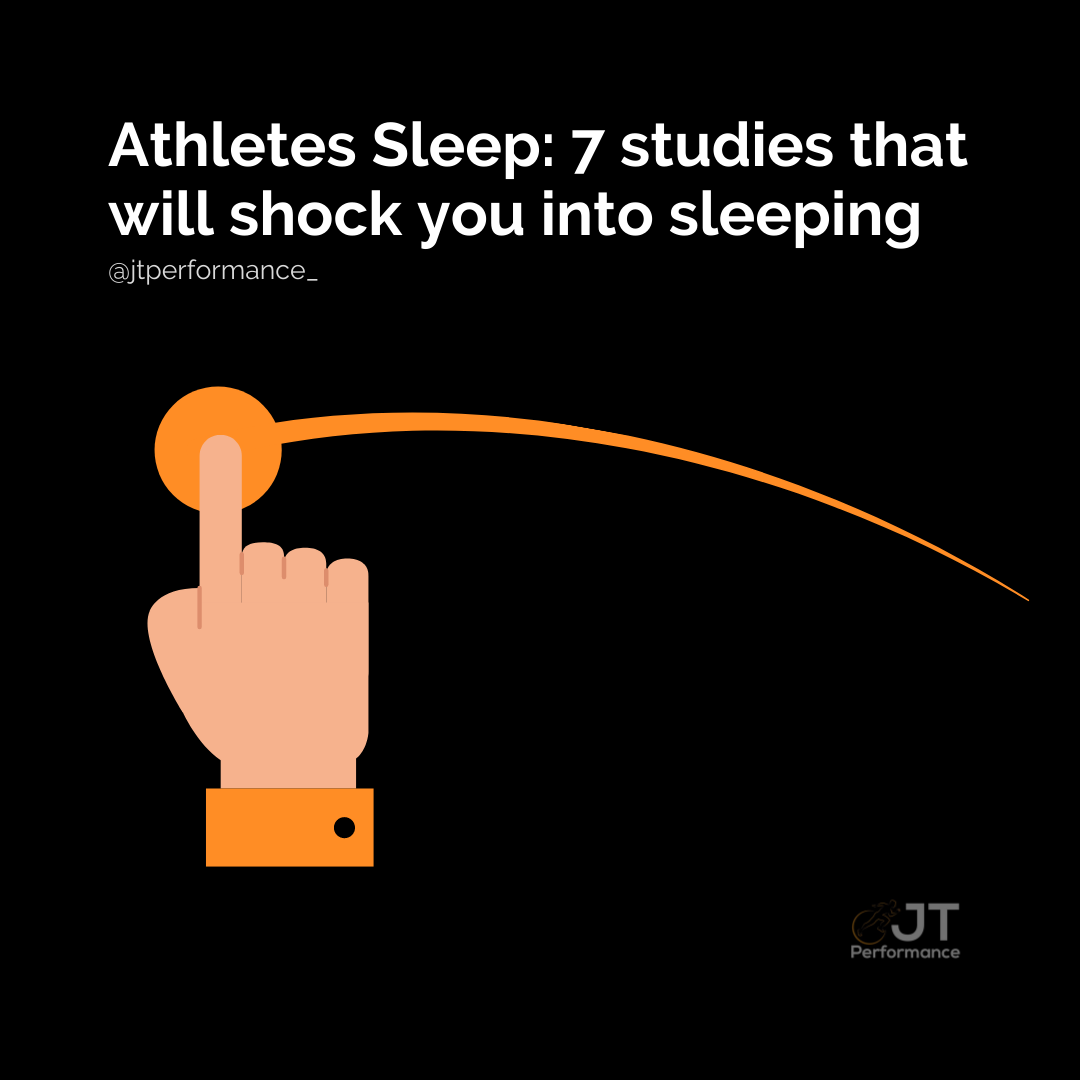 Athletes – stop bragging about your 4am workouts.

Coaches – stop telling athletes “recovery is important” then force them to get up at 5am to train.

Sleep is the most underrated performance enhancer. Here’s 7 studies that will shock you into sleeping:

Brandt et al (2017) found that poor sleep quality was an independent predictor of lost competition in 576 elite athletes. Even after accounting for anger, tension and vigor.

Milewski et al. (2014) found that those individuals who slept less than 8 h per night on average were 70% more likely to report an injury than those who slept more than 8 h. In addition, a recent study of 496 adolescent athletes found that decreased sleep duration were independently associated with injury risk (von Rosen et al., 2017).

4. 3 times more likely to get sick

Cohen et al (2009) found those individuals who slept less than 7 h were nearly three times as likely to develop an infection compared with those who slept 8 h or more.

Day-to-day testosterone levels were significantly decreased by 10 to 15% in young men who underwent just 1 week of sleep restriction to 5 hours per night (Leproult & Cauter, 2005)

A study of adolescent male soccer players identified a steeper learning curve for the performance of sport-specific tasks after habitual sleep than after a period of sleep deprivation (Pallesen et al., 2017)

In the collegiate male basketball players mentioned above, an increase in sleep of 2hrs per night over 7 weeks led to 9% increase in free-throw accuracy, a 9.2% increase in three-point field goal percentage (Mah et al., 2011). In collegiate tennis players, 1.6-h sleep extension was associated with a 36% to 41% increase in serving accuracy (Schwartz et al., 2015).

If sleep was a supplement – would you take it?

Share this with fellow athletes and coaches. Start taking the biggest performance hack there is.