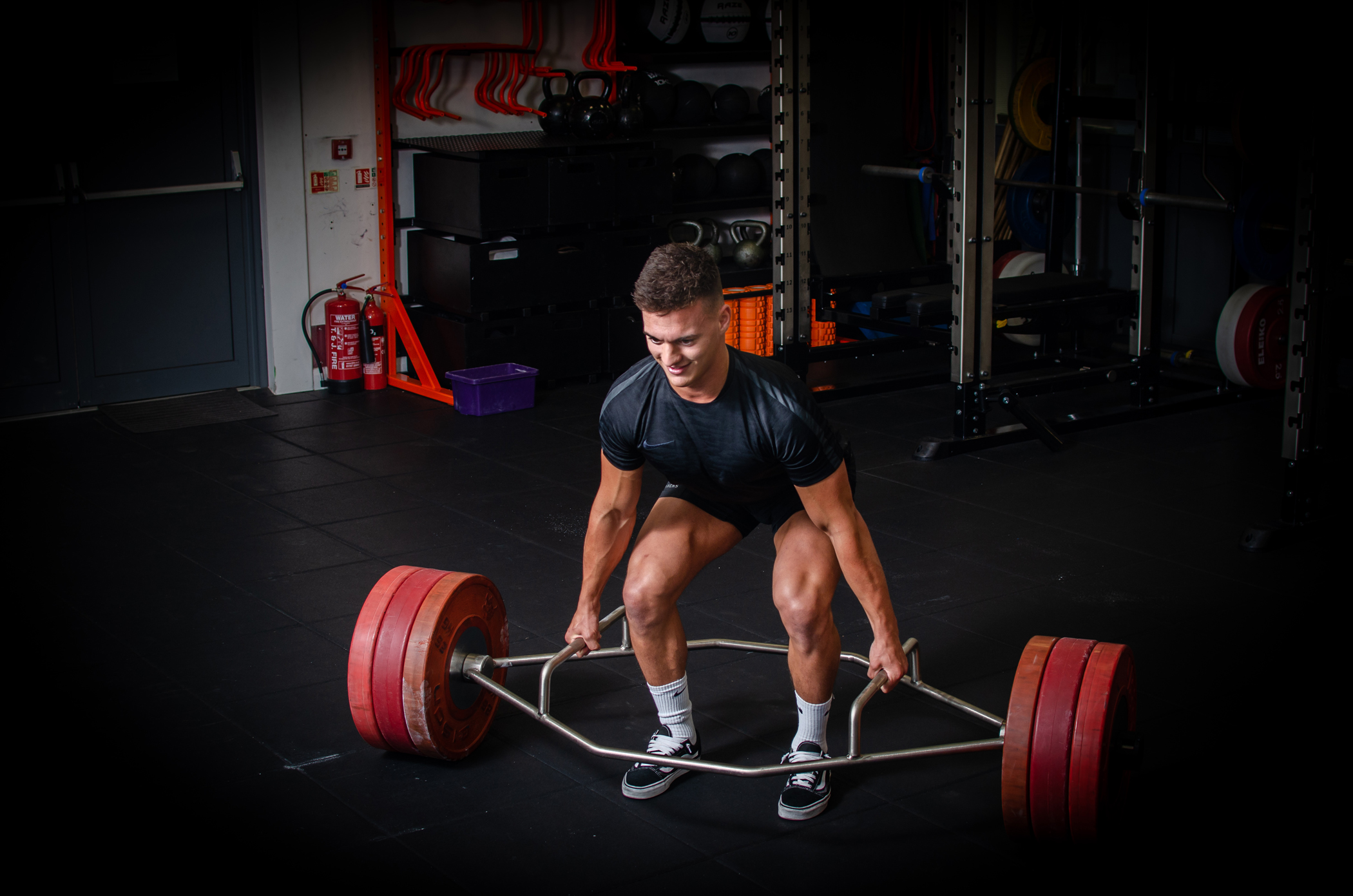 Unless you’re a powerlifter, exercises are a means to an end.

Coming from a powerlifting background I took it as a personal insult when my S&C coach told me I shouldn’t include the deadlift in my training for rugby, after it gave me a little back niggle in 2013.

While there’s huge utility in the squat, bench press and deadlift when pursuing maximal strength – they’re not essential.

In-fact, in some instances there may be better options. This is my case for the trap-bar deadlift.

As supported by Camara et al (2016) research the conventional deadlift has greater lower-back activation than the trap-bar deadlift (see table below).

Nevertheless, higher activation doesn’t necessarily increase the risk of injury. I do believe that the conventional deadlift won’t be harmful to the lower-back when executed perfectly (at least in most cases).

The problem lies when you flirt with fatigue, something you’ve got to do to progress. Even if you’re a technically proficient deadlifter, your back will start to round as your hamstrings fatigue, which causes the load to be shifted to the lower-back.

The trap-bar deadlift is harder to cock-up. When you fatigue with the trap-bar deadlift, your hips can shift more of the load towards your quads (instead of your lower-back) as the knee movement isn’t constrained by the barbell. Consequently reducing the risk of lower-back injury.

When strength testing groups of athletes it can often become a massacre of good form.

Half-squats, with dodgy “spotting” and more knee valgus than a 18th century lady. While the conventional deadlifters turn into cobras, and the power-cleaners – starfish.

However the trap-bar deadlift is different, as Keir Wenham-Flatt puts it:

“The trap-bar deadlift is the only exercise that cannot be cheated*. It can’t be half-repped, bounced, arched, hitched, or kipped. Should it be the gold-standard when comparing lower-body strength between athletes?”

*It can look ugly, but it still can’t be cheated.

Therefore, in my opinion, the trap-bar deadlift is the true test of lower-body strength. Though more data is needed to confidently categorise athletes strength based upon their max numbers.

Finally, the trap-bar deadlift could be a better option for athletes due to the higher power production that can be achieved.

Studies have shown that the trap-bar deadlift reaches higher peak power and peak velocity with a variety of loads than the conventional deadlift, while also allowing for greater loads to be lifted (Camara et al., 2016; Swinton et al., 2011).

Additionally, due to the central load distribution, there’s a much greater range of exercises you can utilise. Allowing you to target countless physical qualities from supramaximal strength to plyometrics; providing a great alternative to Olympic lifts.

Trap-bar deadlifts are simple; grip the barbell and stand up. At the end of the day, that’s what makes them an excellent exercise.

They don’t have the same mobility requirements as the conventional deadlift nor the technical complexities. The central load distribution allows greater load, power and variation. The trap-bar deadlift is an underrated asset for athletes.

Your Path to New Levels of Performance